Farmers in Myanmar were threatened and affected by new land laws. Under the law, their land are at risk of land confiscation and exacerbation of the country's fragile peace negotiations.

Under the Vacant, Fallow and Virgin Lands Management Law (VFV) amended on September 2018, one-third (50 million acres) of land confiscated and land seizure continued.  Deadline for applying for an official permission to use the land for 30 years was March 11, 2019.  One who failed to comply by the deadline would face eviction or up to 2-year incarceration.

In Tanintharyi Region of Southern Myanmar, decades of conflict between the Army and Ethnic Armed Organizations have caused massive displacement leading to widespread land confiscation. The country has been struggling to rebuild relationships damaged by violent and the VFV is found to present obstacles to reconciliation efforts.

Many follow a customary land tenure system in Myanmar. To stay on their ancestral land that passed down for generations, they have to comply for a thirty-year lease forced by the law. Failure to register will result in the risk of losing their land to investors and facing a prison sentence and/or fines.

After a ceasefire between the Karen and Myanmar Army in 2012, displaced villagers from Kye Zu Daw village in Tanintharyi were finally able to return home. After returning, they found the village was taken by the Tanintharyi Nature Reserve. A permission was given to investors for more than 610 acre (circa 250 hectares) oil palm plantations in the reserve area.

Nobel Peace Prize laureate Aung San Suu Kyi promised to prioritize land reform before 2015, general election.  However, land concessions have resulted in thousands of farmers losing their land and still remains one of the biggest unresolved issues in Myanmar.

The VFV allows investors to take advantage of seized land from marginalized communities which villagers are ill-informed or displaced. Thirty-percent of the land, particularly in Tanintharyi is unregistered and faces massive land confiscation. 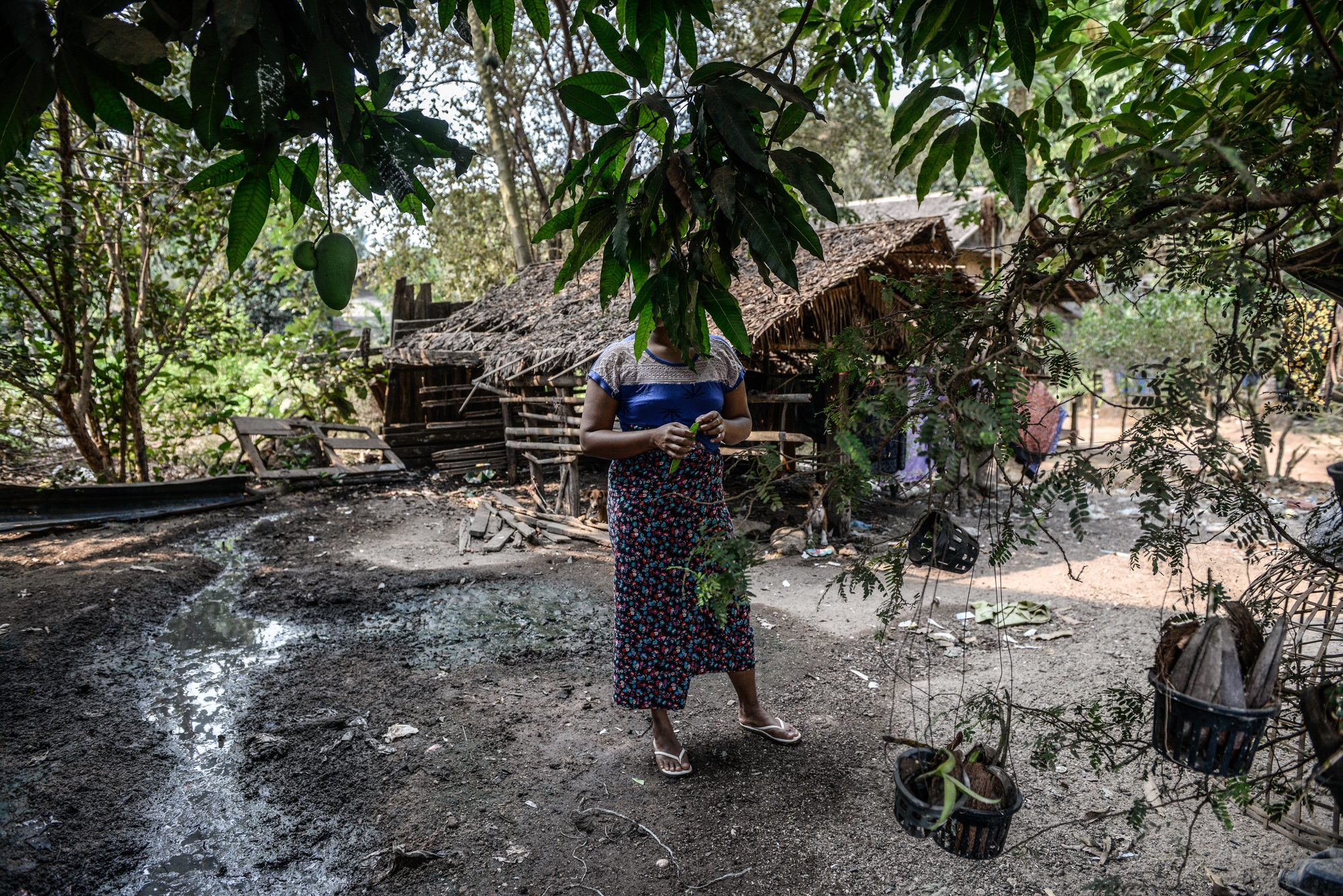 Most villagers in Htein Gyi Village, Yae Phyu Township make a living from betel nut farming. The township is located in the Dawei Special Economic Zone (Dawei SEZ). The zone has attracted billions of dollars in foreign investments with great demand for industrial and commercial land uses. Interests in the region bring about massive exploitation of villagers caused by land grabbing and environment threats due to the exploitation of natural resources. 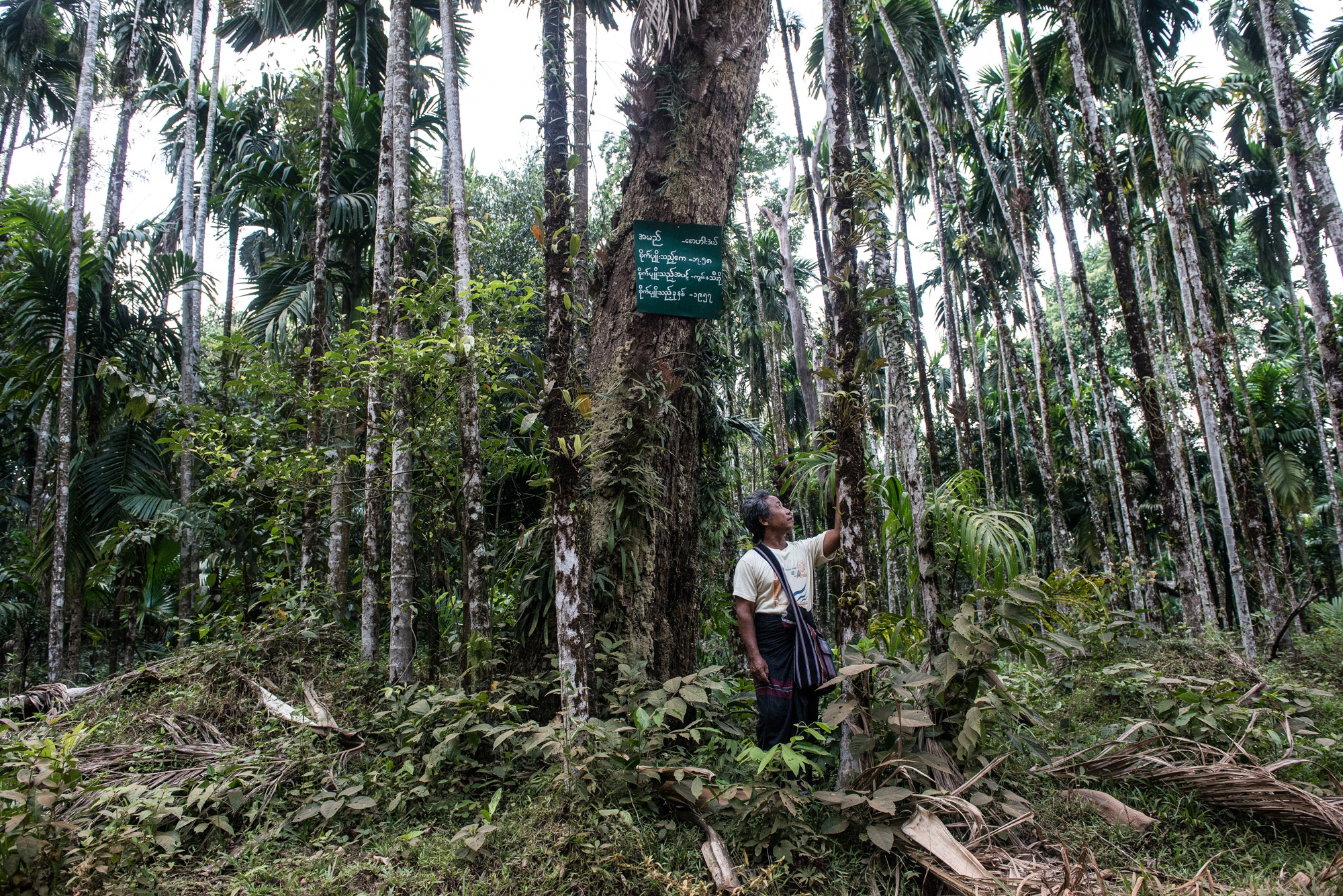 Wazone Oak village. Over 600 acres of betel nut farmland were seized by the military. During a military training in Dec 2018, a large number of betel nut trees were cut down for the mission. Moreover, 13 bombs and landmines were found in the orchards after soldiers completed their training in Jan 2019. A villager stands under betel nut trees showing sign of villagers’ ownership by putting their names on the 17.58 acre orchard gate. 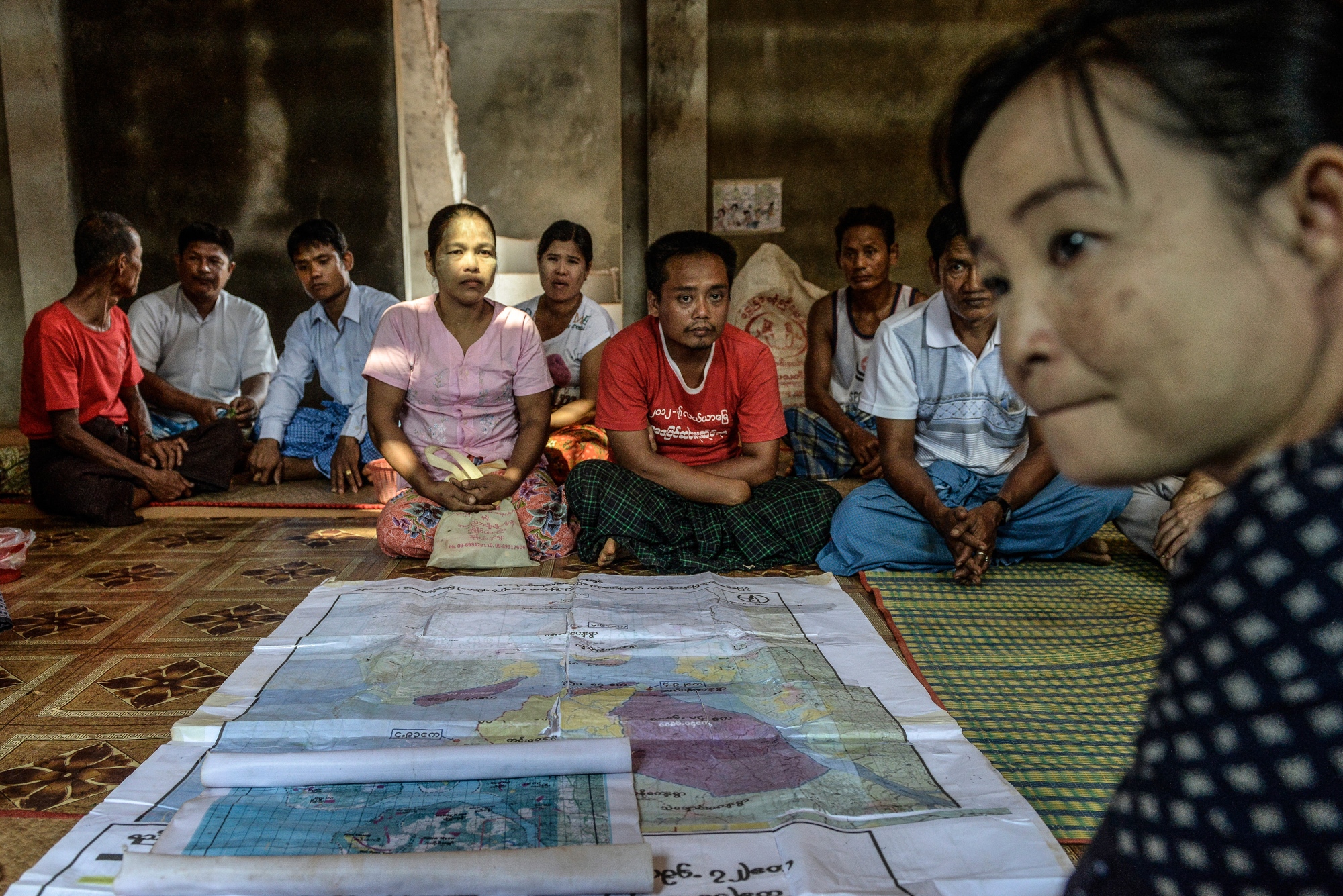 Thaboudchaung village, a part of 80,000 of acres of land in Tanintharyi was grabbed and cleared in 2012 by Mawyawaddy Navy which forced village community members to flee their land. 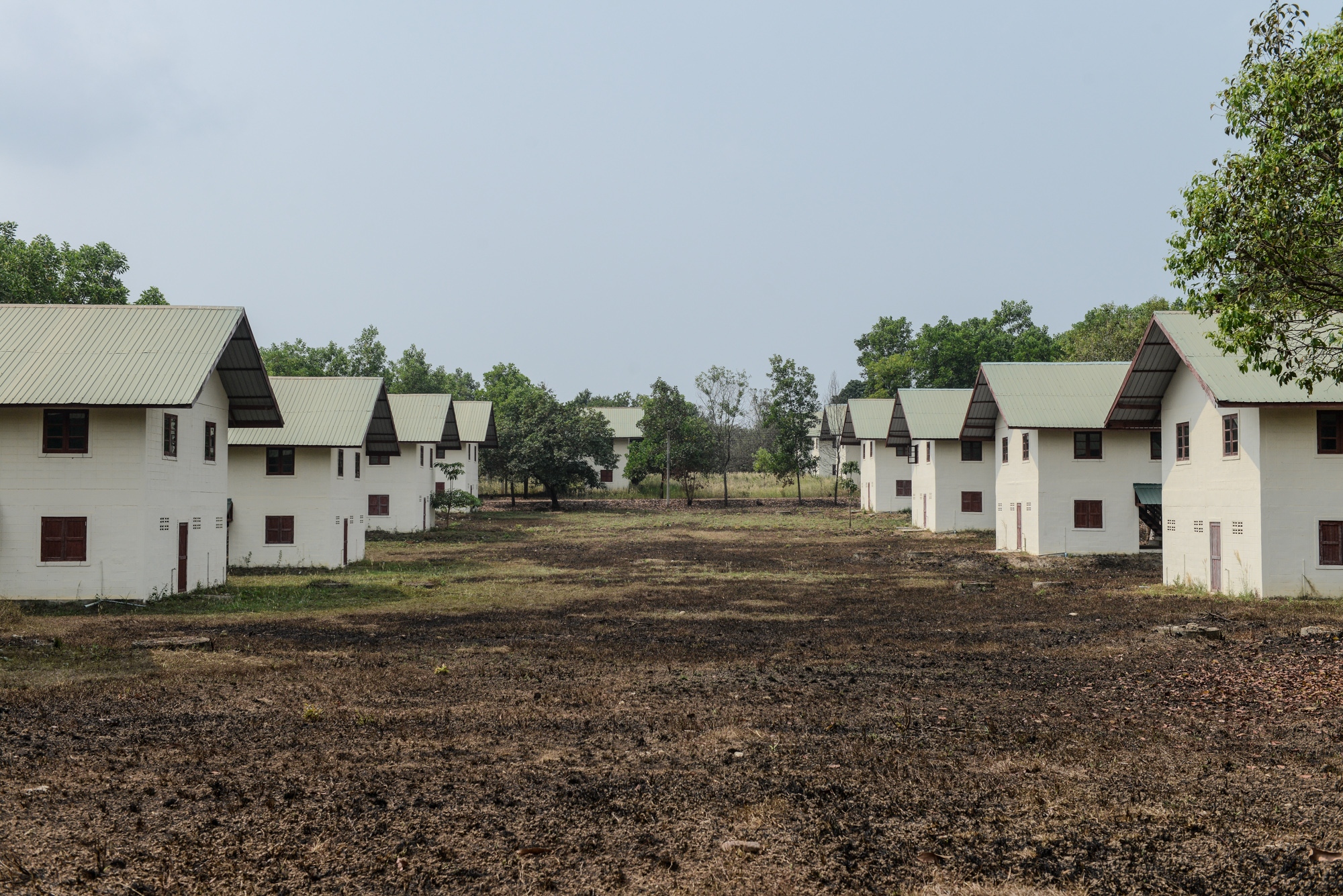 The relocation site at Bawa was built by the Italian-Thai Development Corporation Limited (ITD). Those who were affected by the SEZ land acquisition are allowed to settle in this resettlement community but these induced resettlements have negative impacts on their livelihood activities and also capabilities of communities. 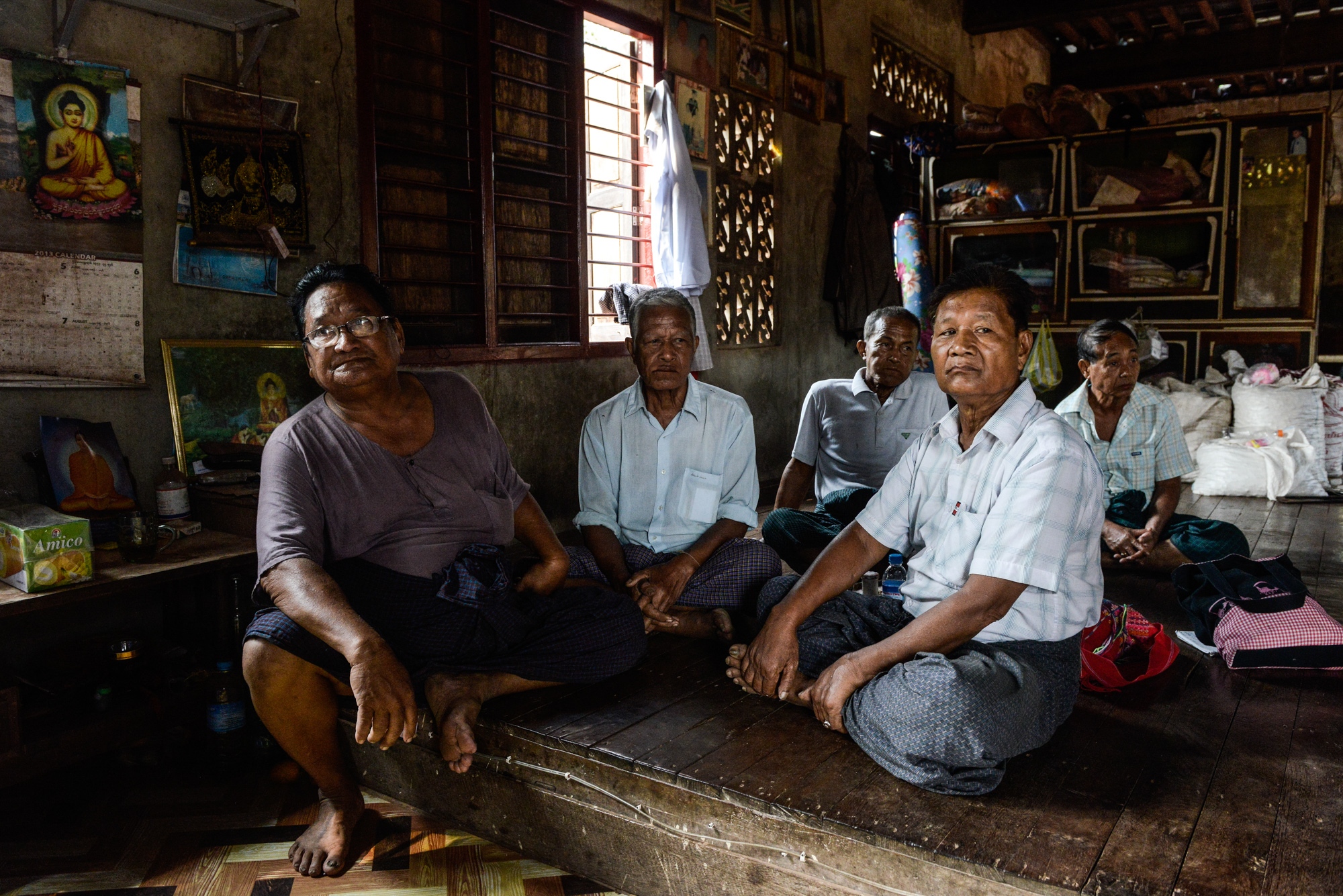 The SEZ was officially initiated after the agreement to construct this projected was signed by the Myanmar and Thai governments in May 2008. The establishment of the project has various impacts on more than 43,000 residents. Htein Gyi, one of 19 villages included in the Special Economic Zone project. Community livelihood activities in the village were prohibited and people were told to move out. Some still believe that they will have many benefits if they can have an opportunity to participate in the project which consists of various types of industrial infrastructures. However, the required information concerning details about these jobs are not enough and apparent. 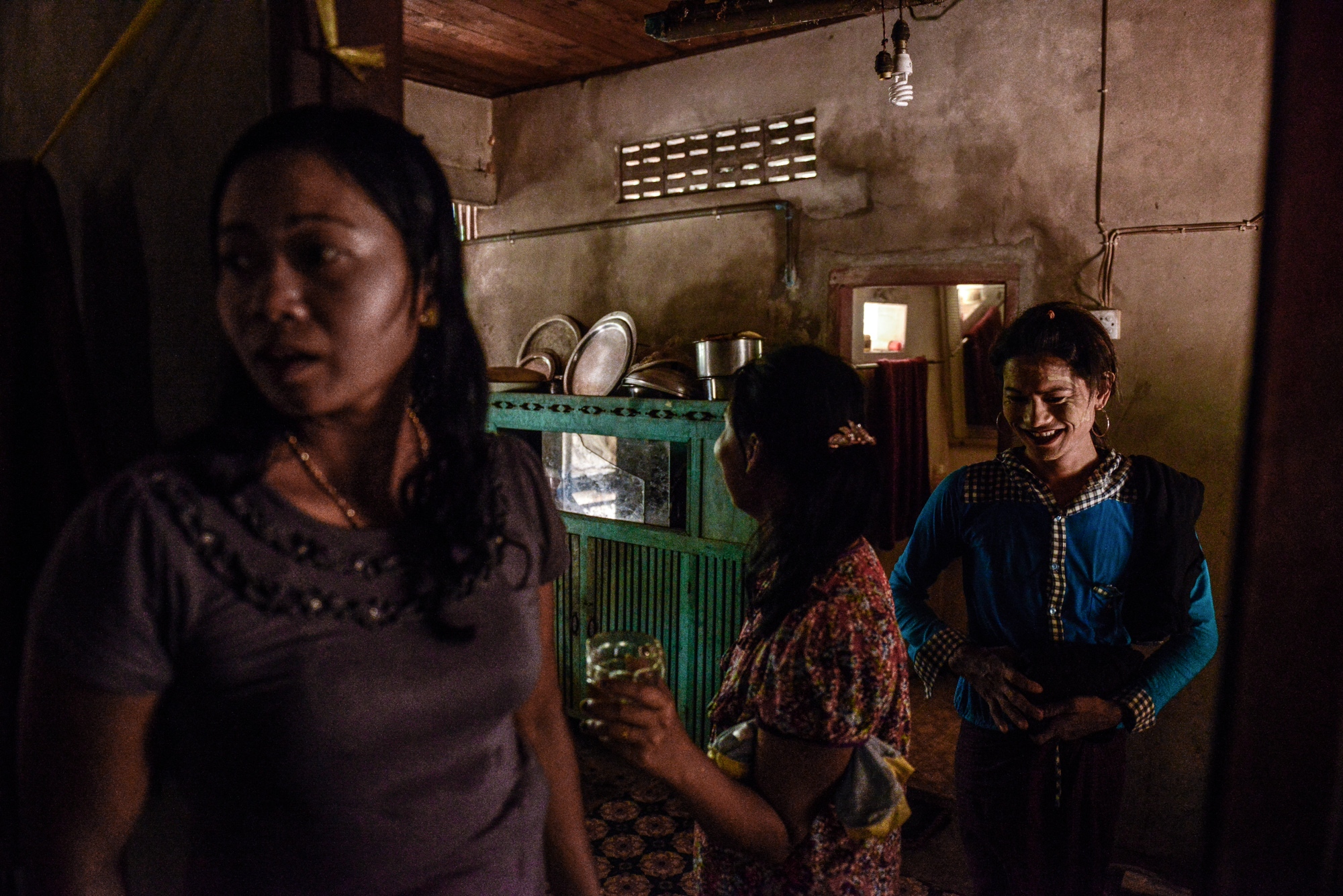 During a bridal shower, village community members are celebrating a marriage ceremony in the land area where it has been grabbed by the Mawyawaddy Navy since Dec 19, 2016. People in the area were told to move out and this land acquisition for industrialization has direct effects on up to 54 families of people in the village. 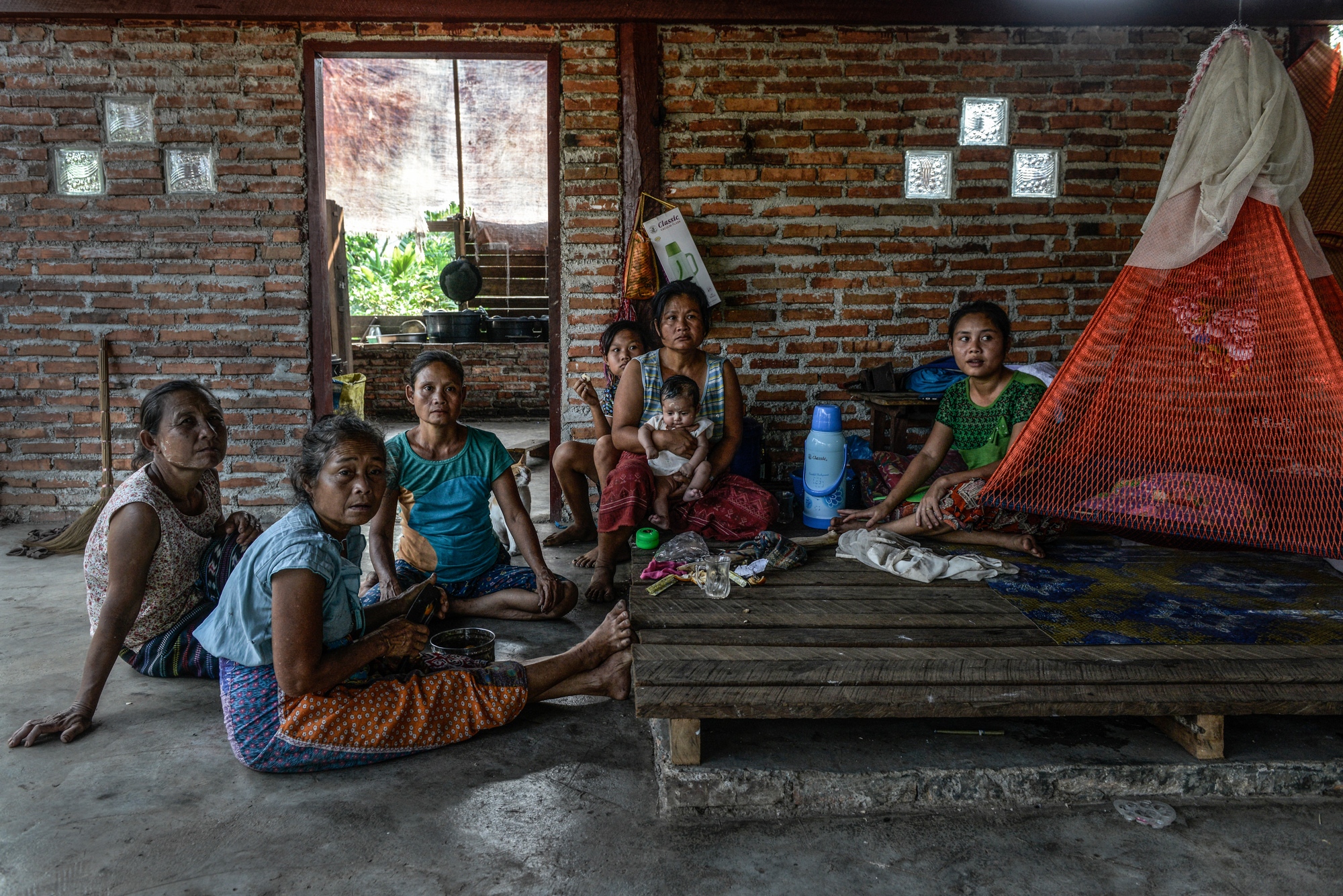 Kye Zu Daw, after decades of conflict and after a ceasefire agreement was signed in 2012, villagers were able to return to their homeland. After returning, these refugees were unable to resettle since the land was taken for the Tanintharyi Nature Reserve and palm oil plantation sprawling across about 610 acres (circa 250 hectares). Almost all of applications for land use were ignored while only nine villagers received betel and cashew nut plantation permits in 9 villages. 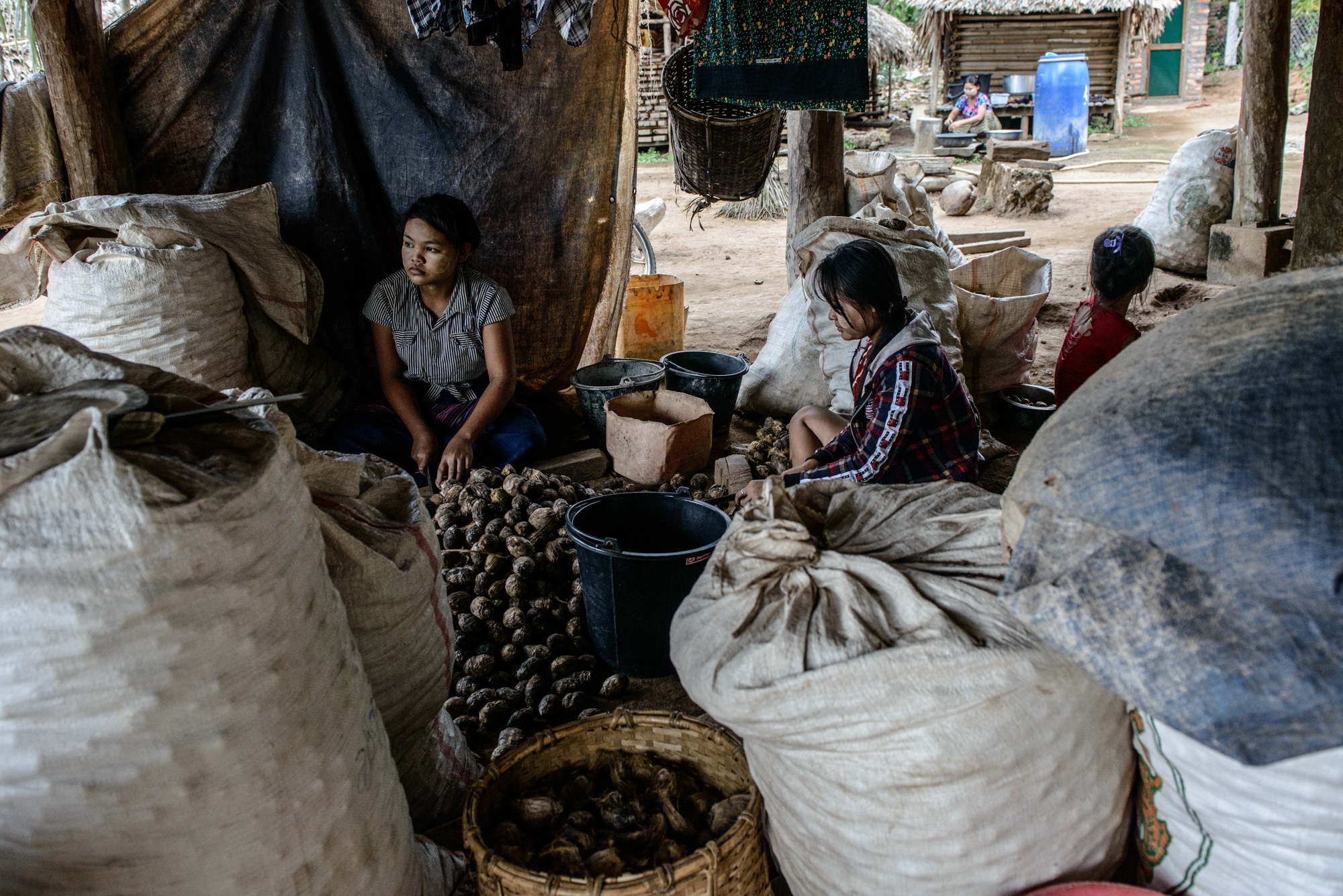 After the military took up the land at Wazone Oak village, all 218 households were severely affected and all betel nut plantation activities were ordered to stop. Moreover, villagers want the project to establish a legal framework protecting the women’s rights when soldiers undertake military training activities in the area. 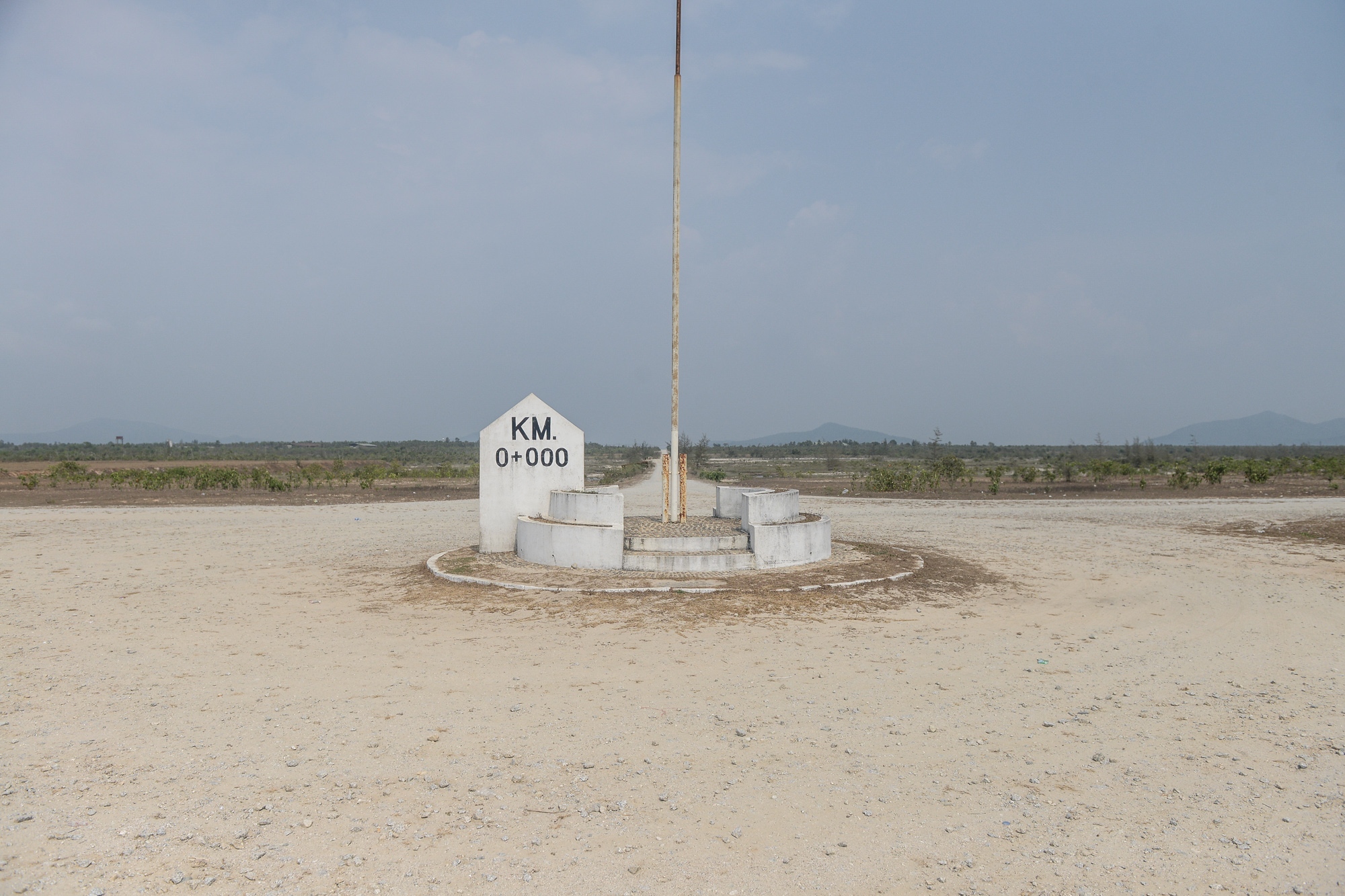 A zero-mile marker at the edge of the Andaman Sea in Dawei to mark the beginning of the road leading from Dawei SEZ to Kanjanaburi province in western Thailand. After completion, the project will consist of a deep-sea port, an oil refinery, a steel mill, fertilizer and petrochemical plants, etcetera and will become one of the largest industrial zones in Southeast Asia. However, the project has been facing much controversy and community opposition both from Myanmar and Thai civil society groups. 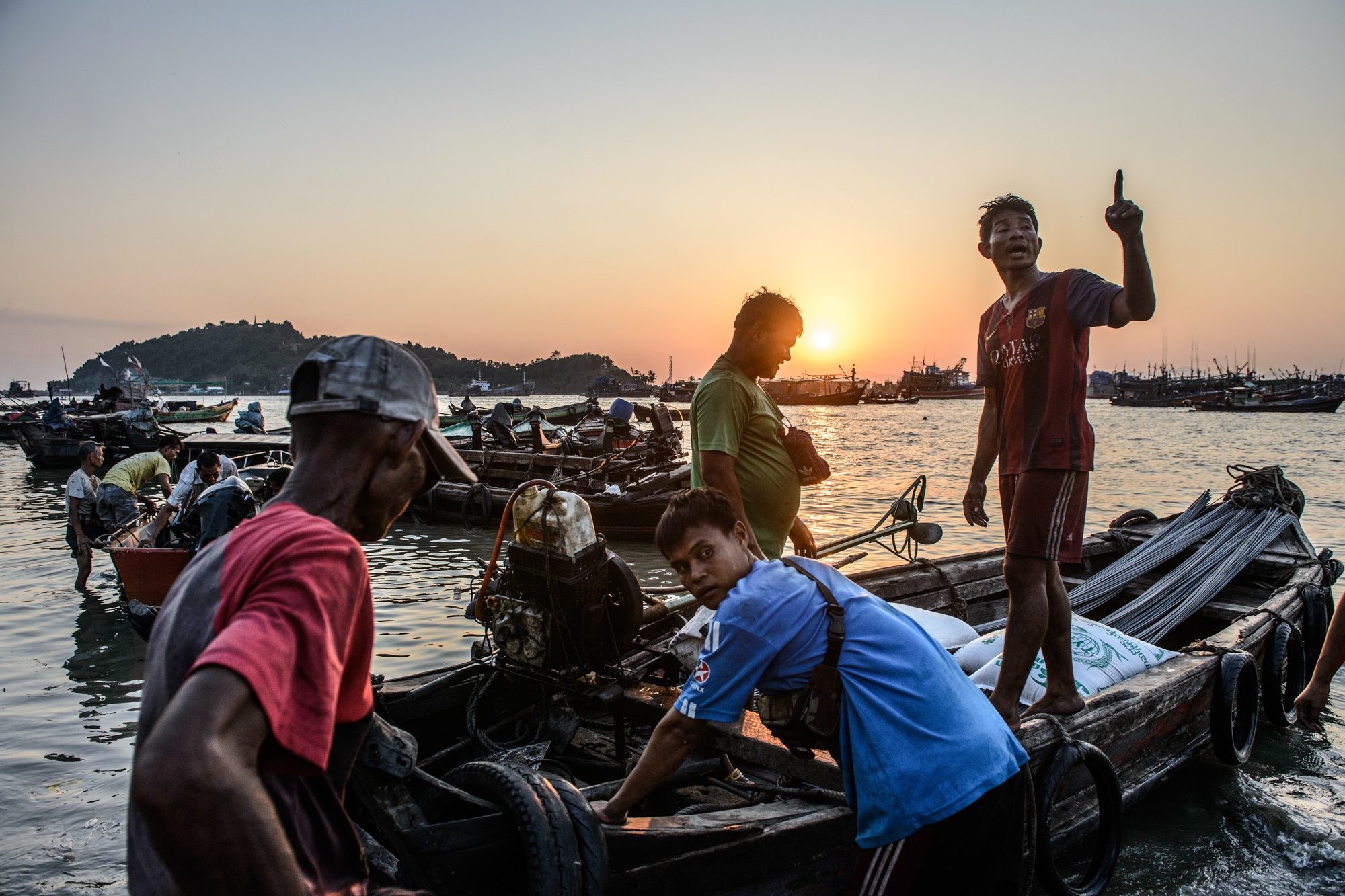 In Myeik, investors and business companies apply for Burma’s Vacant, Fallow and Virgin Land Rights with the purpose of changing beaches and coastal areas into private areas. If succeed, livelihoods of the fishery communities who have already faced with overfishing to satisfy the demands of industrial-scale coastal fishing operators and will not be permissible and will become obsolete to fish from beaches and provide a loss of income at the coastal areas. Consequently, The local fisherman will endure a loss of income and create a hardship for them to make a living. 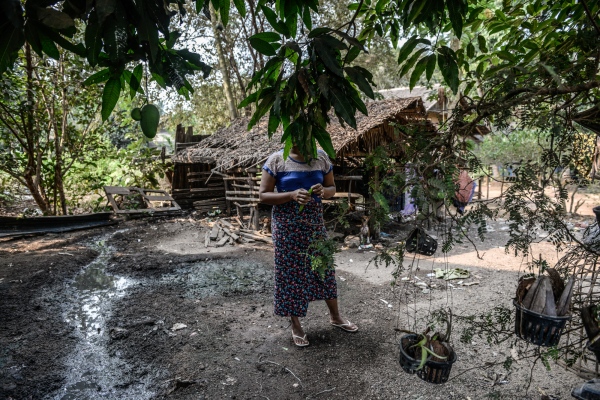 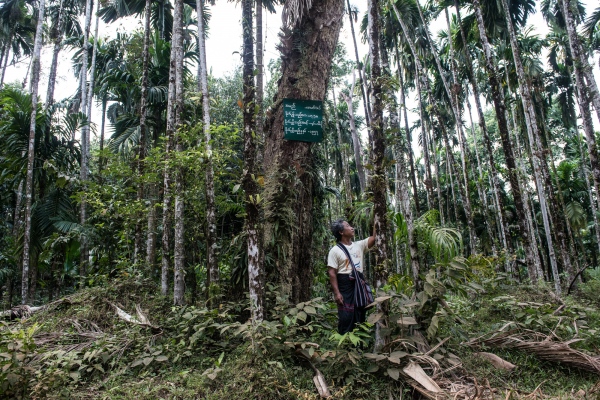 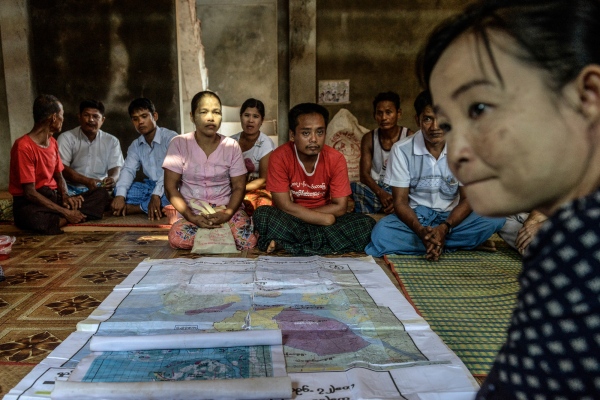 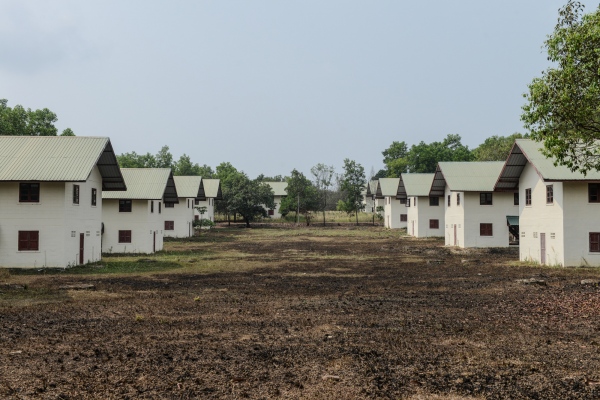 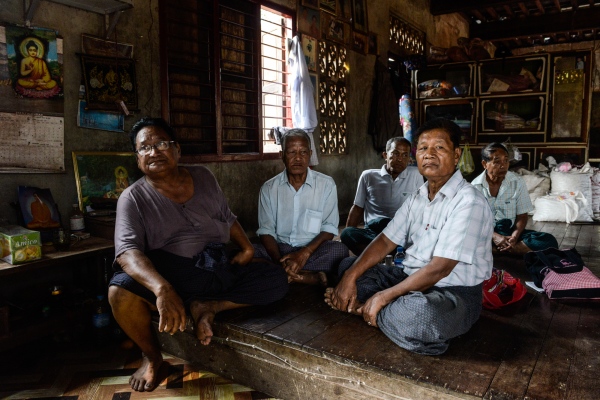 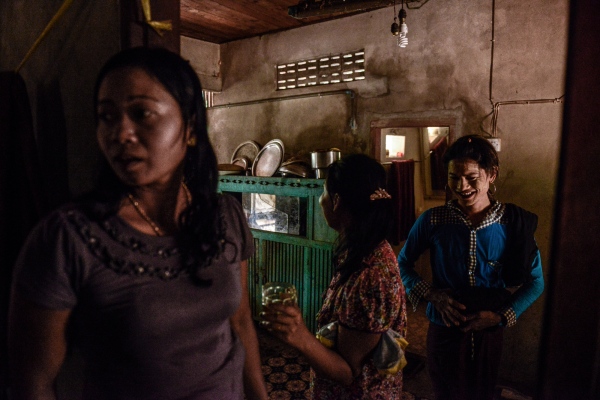 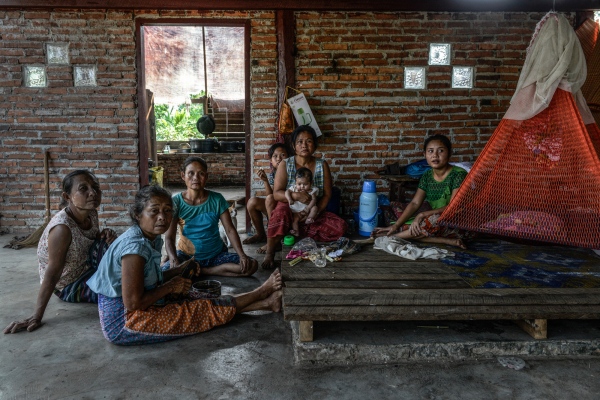 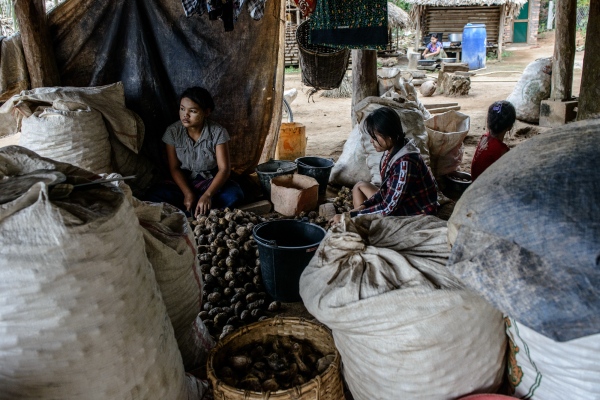 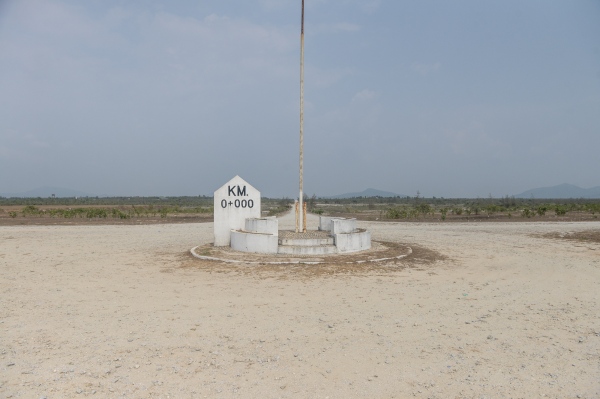 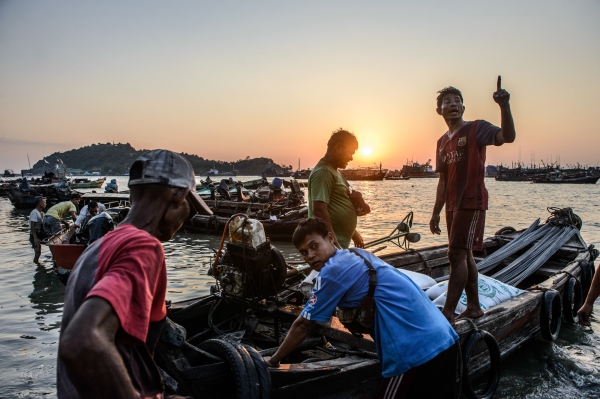 Jittrapon Kaicome, a Thai photojournalist based out of Chiang Mai, Northern Thailand. His projects focus on countries in the Mekong region of Southeast Asia.